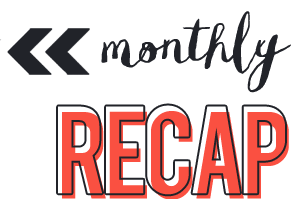 Lazy does not make much newsworthy hmm.

Homely-ness
At the beginning of the month, I finally came back home after spending almost 4 months in Lahore. It still feels so good to be back home and the weather has been marginally better which is a blessing in such times of global warming.

Fasting Hours
Ramadan began on June 18th which is definitely a weird feeling because every year it arrives earlier than before. Statistically, it takes about thirty years for a Ramadan to occur in the same month it did before. Like I was born on 2nd of Ramadan so in about five years Ramadan would be in March which is a bit disorienting. Anyway, can’t believe it’s almost half over which means that my days of staying up all night are also coming to a close, sads.

Rereading Going Strong
I think I need to write a post about just how amazing it is to reread books. Definitely need to do this on an annually basis.

I binge-watched all the things. Or tried my best to.
Revenge is over and I could care less about how it all went down. Good riddance, honestly.
So yeah, it was emotional for a while on The Vampire Diaries and that’s pretty much it. I really do not want to continue and almost want to kick myself because why’s it so hard to let go of shitty TV shows for me? I mean, I did somehow stop watching Pretty Little Liars, thank goodness.
Orphan Black is back and I couldn’t be happier though I do need to catch up, oops.
Season three of Orange is the New Black is so amazing, you guys! I seriously love this show so much and I’m glad it wasn’t as over the top as it was last season. Also, very obsessed with Ruby Rose.
I binge-watched iZombie and it was fun and all but that finale! Urgh, why must CW ruin things by making them predictable and meh?
Oh, I also finally watched the pilot of Agent Carter and yes, I love it!
Currently more than halfway through Sense8 and hot, hot damn. Highly recommended!

The Hunger Games: Mockingjay Part I (8/10) – I cried. A lot.
Now You See Me (10/10) – Rewatched this with Lillian, Elaine and Crini and it was so fun! I love this movie a lot.
Thor (7/10) – Actually a rewatch with Crini which made me want to rewatch Avengers and Thor: The Dark World hmm.

My book hangover was the worst after reading Marchetta’s The Piper Son so couldn’t read all that much.

I don’t know when I’m getting out of this weird combination of slump, laziness and constantly uninspired blogging thing.

I posted a top ten Tuesday list of reasons to await the release of Sarah J. Maas’s Queen of Shadows
I posted my answers to Burn, Reread, Rewrite tag

I don’t think I’ve bought this many print books in a single month before.

I listened to a ton of music and it was awesome!
How was your June?