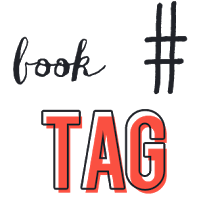 I was tagged by Ellis to do this fun-turned-torture tag and I take full responsibility for saying yes. I do want to mention that for a moment there, I did feel somewhat conflicted about wanting and not wanting to do it. Like do you guys even know Ellis? What kind of people tag other people with the task of burning one of their favorite books? Playing favorites with your favorites? Short answer: our kind. It was fun, though (which it wouldn’t have been if Saving Francesca and/or The Piper’s Son were also in the options) (thank goodness I hadn’t read them around the time I got tagged).

Oh, Simon Spier, I hope you forgive me for this. (Ellis, now that you’ve read this book, do you see my utter dilemma? Well, do you?) This book is my favorite contemporary this year and I just ship Simon and Blue so much and gah, it’s all so adorable (re: the t-shirt scene is my favorite)!

I had such a hard time choosing the rewrite option for Vicious because Vicious is perfect as it as. (Getting me to choose between Vicious and The Dream Thieves is really asking me to choose which eye I’d like to lose which neither of them, thank you.) (Okay, more like right arm or left leg, but you get the picture). Anyway, I’d have this book rewritten to maybe include more flashbacks from the way things were ten years ago and that’s it. Nobody touch anything else in this book.

If you had any doubts about which book is my ultimate favorite, those should’ve been cleared by now because I love The Dream Thieves and will actually reread it for all times to come. I actually recently reread The Raven Cycle (raise your hands if you already knew this) and The Dream Thieves is still my favorite. Ronan Lynch is why Stiefvater began writing The Raven Cycle when she was nineteen (Ronan was called Seth back then, err) which is why I believe that The Raven Cycle is Ronan Lynch as much as it’s Richard Gansey or Blue Sargent. In The Dream Thieves, Ronan comes to accept himself and his secrets as he goes through a journey from hating himself to not that I just want Hiro to build a Baymax to look after him because he’s so damn precious.

Ellis surprised me with her kindness (her words) and so this round focuses on books that failed to impress me. Let’s see just how much or less these books impressed me.

Perfect Ruin because this book is like a running joke among Kelly, Cee, Charlotte (when Cee made her read it) and I ever since we read it and were baffled by it. The idiocy of Morgan what’s-her-name and all the herb-named characters and the way this book is perfectly ruined by all the repetitions is just-sigh. We’ve spent many a days discussing this book. Now we tease each other and are horrified if anyone of us (*points at Cee*) wants to read the sequel. And oh, the one thing this book had going for itself was the cover and then they decided to change that, so.

Hands down, Avalon. It definitely had the potential to be amazing which is why I chose this option. You’ve a group of teenagers who steal for a living and rely on each other like a family, so it sounds like this book would be awesome. But no. Avalon has this main character who’s tortured by the death of his parents and wants to buy their ship and in turn, their legacy, back however, he’s being played by his mafia boss. I felt a genuine lack of connection to Jeth which stopped me from being invested in the story. Moreover, the whole conspiracy and its predictably factor really put me off. Oh, well.

When I read Panic, I was left feeling underwhelmed and that’s not a reaction one would expect from a book that’s all about inducing panic in others just to have some summer entertainment. So yeah, rereading might make me like this book better. It more likely won’t.

Well, back to being haunted by your favorites.

Sorry, World After I didn’t want to do it, but Ellis pushed me. I love this book and love how strange it is in terms of its plot, the terrible use of children, the icky locusts, Pookie Bear and Raffe and Penryn and ah. But oh wait, I’m burning this. Err. Damn you, self!

Yes, in fact I do have a spoiler reason for wanting to rewrite this book. It has to do with a certain rape and the punishment for the rapist. I get it and it makes sense. But I still feel that it was dealt with in a slightly unsatisfactory way? Like it could have been better. That’s my only issue because otherwise this book is perfection and I still remember crying all night for seven nights straight (could have been more than seven) while reading Lumatere Chronicles. Also, why isn’t Froi of the Exiles and Quintana of Charyn one book? Someone please enlighten me.

This book is Celaena Sardothien at her most vulnerable. This book is for a rainy day when you’re feeling lost and want to know that there’s Celaena out there who’s having it just as bad as you. This is years after Sam Cortland and it still hurts so much. But it’s also beautiful and I’m not going to say anything more because it’s likely that I’ll have a breakdown.

Phew, I did it. It took me almost two months so there’s that. Ha.

So I’m going to tag the following people and trust that they’re looking forward to treating their favorites in a similar way. Ahem.