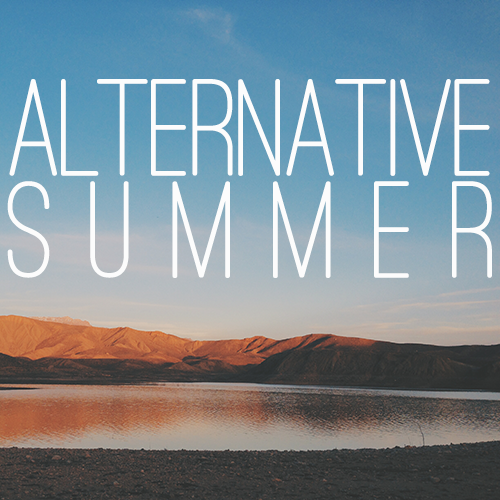 Okay, not strictly alternative, but the vibe is pretty much alternative. Like, always. Or a mixture of alternative, electronic, and pop. For me, summer days are pretty relaxing and so I’m usually listening to songs during the late afternoons and while strolling in the garden late at nights.

II. FREE THE ANIMAL || SIA
Sia never fails to shock me with her music. Love how unrefined and nonconformist Free the Animal sounds.

III. TOY SOLDIERS || MARIANAS TRENCH
Man, summer or not, I’m never getting tired of this song.

V. TOMORROW NEVER DIES || 5 SECONDS OF SUMMER
Sandra not-so-casually mentioned that this is her favorite 5SOS song and I agree with her which never hardly ever happens. I

VII. BON VOYAGE || MARLENE
I basically love all of Marlene’s Indian Summer EP but man, this song is so upbeat and awesome.

XI. SUPERHEROES || THE SCRIPT
This song goes from a soft melody to an epic chorus and that is all.

X. UNCONSOLABLE || X AMBASSADORS
The kind of gritty song that I find irresistible.

XI. FIREPROOF || ONE DIRECTION
I just really, really like this song. You might say I have a thing for words sung-stretched too long in songs.