November is over. Much wow because 2015 is so close.

This month was mainly about two things: lack of functional internet and my best friend’s wedding.

Internet Blues
I planned and brainstormed so much for sci-fi month but I couldn’t actually sit down and write any posts because the internet was having connectivity issues. I got it fixed around mid November but now it’s not working properly and just ugh. Kill me now. However, I’m getting a new broadband connection in a few days so hopefully there won’t be anymore issues.

Sci-Fi Month Updates
Despite failing in my plan to blog and to reread Marissa Meyer’s Cinder and then moving on Scarlet and Cress, I did manage to sci-fi out some. I read a comic after ages and abso-freaking-lutely loved it! I also watched the first three X-Men movies and a few episodes of Doctor Who.

A’s Wedding
My best friend’s wedding was supposed to be in December but she calls me casually during early November and is like I’m getting married in a week or two. We texted back and forth and I’m all wonders like is she married yet or what. But then she was like yes, getting married on 23rd November so just come, okay. Thus, I planned a trip for five days since there were going to be three events and I wanted to spend time with her as she’s leaving for the US in the first week of December and it feels somewhat surreal because most days I just feel like a twelve year old with a best friend who’s a married woman. What.

Basically, a month of playing catch up with TV shows.

I caught up on the first and started the second season of The Originals and it’s definitely so much better than the lame ass The Vampire Diaries (which I really need to stop watching because ugh storyline and Delena makes me barf).
I also started catching up on the fourth season of Suits and it’s definitely the weakest yet.
I started watching Selfie and it’s so-so. No surprise about it getting cancelled.
The Big Bang Theory, New Girl and Brooklyn Nine-Nine are pretty much awesome comedies.
Kind of relieved that Awkward and Faking It went on breaks and that Awkward’s next season is going to be the last one because it can get really annoying sometimes.
I watched more episodes of Doctor Who and it’s all kinds of awesome.
Revenge‘s current plot is annoying me and I need it to get better. Whiny Emily is no fun.
Arrow is going great and The Flash is super great because of how much different it is from Arrow.
Finally, I started watching Daria from the beginning because I never did that and I want Daria’s sarcasm in my life.

X-Men (6/10) – My expectations were sky high and while I liked pretty much all the action-filled scenes, I wasn’t blown away by it.
X2 (6/10) – X2 walked down a similar path in its execution as its predecessor and delivered.
X-Men: The Last Stand (5/10) – My least favorite up till now, the third installation left me feeling a little underwhelmed.
Maleficent (7/10) – There were some things that I loved and others that were okay. Overall, a good watch.

Two Dots – I hardly ever play games on my phone but when I do, I wait for them to be released on Android like you don’t even know. I’m on Level 58 right now so, yes pretty addictive.
Sleep Bot – Jessica mentioned this app in her blogpost about health and exercise related apps and I have to say that I’m digging this one.
Smash Hit – This one’s mainly premium but I’m willing to buy it because hot damn those graphics and smashing things is basically fun and an anger reducer. 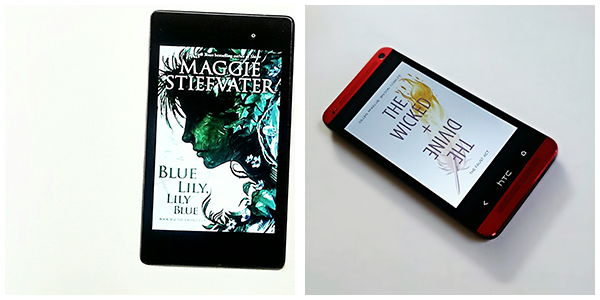 This is what happens when I get ticked off at the internet.

I posted my introduction to sci-fi month.
I posted a list of 2015 YA sci-fi to look forward to.

Only bought an eBook which tells me that December is book buying month. Yay! 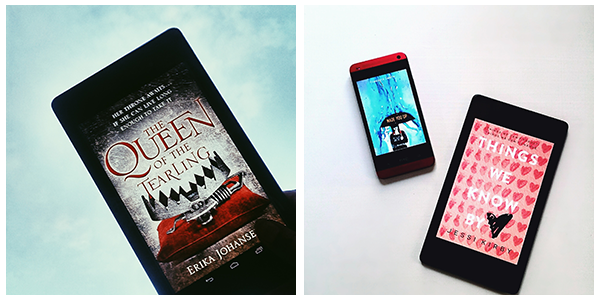 The Queen of the Tearling by Erika Johansen (I got a $1.99 Kindle deal!)
Things We Know by Heart by Jessi Kirby (thank you, HarperTeen!)
Made You Up by Francesca Zappia (thank you, Greenwillow Books!)

The soundtrack of The Hunger Games Mockingjay, Pt. 1 is just so awesome!
How was your November?