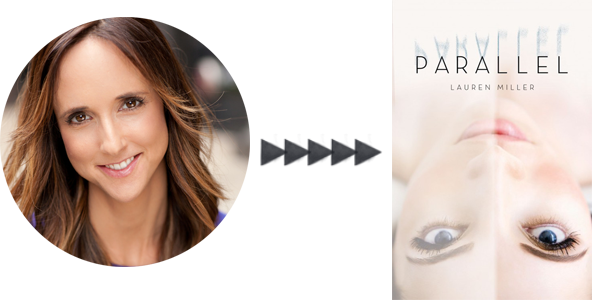 I only read Parallel last month and loved every bit of it. Seriously guys, it’s heartwarming, mindblowing and edge-of-the-seat nervous. So I thought why not interview the author herself and give away a copy of Parallel because awesome author and a must-read debut.
THE INTERVIEW
It says in your bio that you decided to write Parallel during the first 100 days of your baby’s life. You even blogged about it. How was the whole experience?
It was an experience like none other in my life! Super intense, but doubly rewarding. For those who don’t know, I called the whole experiment “Embracing the Detour” (the detour being motherhood – my husband and I weren’t planning to try for kids for several more years when we found out I was pregnant, and the pregnancy had me panicked that I’d never make the transition to full time writer with a baby at home). The point was, yes, to write a book, but it was also to see whether I could turn what most people say is the most draining period of a woman’s life into the most creatively fruitful of mine. And it worked! It was remarkable, really, how productive I was able to be, simply because I didn’t allow myself an alternative. I wish I could have kept that up after the 100 days was over! 🙂
You are a practicing lawyer, what sparked your interest in science?