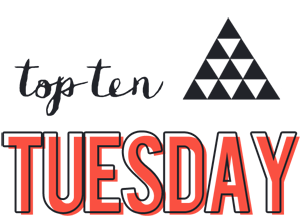 Secondary characters are important and if it were up to me then I’d have made one on Harry Potter alone. But I restrained myself and went hunting through my shelves. Here are the results:

Hermione Granger has been a solid rock throughout for Harry even when Ron wasn’t. This is what I love about her. Not only that, she’s also smart, insightful and have a sharp tongue. As much as I believe in self-reliance, having Hermione in life would be a blessing.

Severus Snape. Oh, just where do I begin with him. He’s been the most infuriating character in the whole series, second only to Dolores Umbridge and I just hate him so much. I don’t even know why he’s in this list. Wonders of J.K. Rowling, maybe.

It doesn’t get any better than Dee in Just One Day. He’s such an expected character that I was taken aback by him. He never failed to surprise me. Dee is just an awesome friend to have!

Hassan Harbish is a friend anyone would be glad to have because they’re up for anything despite almost failing at life. Instead of being whiny and down, they’re there for their best friend’s crazy moments. And I love that.

Harrison is a good person overall. A combination of chilled out and caring which is really hard to achieve but Kody Keplinger did it awesomely.

Pushing the Limits would never be what it is if there was no Mrs. Collins. Seriously, that woman is the woman. I loved her role in the book.

Laila is the best friend in need. And Addison needs her throughout. They’ve have a very strong bond of friendship which we all aspire to have in life.

Will is such an enthusiastic character from being a partier to willing to do just about anything because why not. I love people who have such an approach to life. It’s refreshing and oh-so-cool.

Rue is one of the characters Katniss needed in that point in the arena and I was glad Katniss had someone like her. I loved all their scenes.

Cinna is the best character from Capitol. He’s a solid rock for Katniss and a guide who helped her in all the best ways possible. I loved him.

What do you think about my list? What secondary characters did you end up choosing? Leave a link, I want to know!