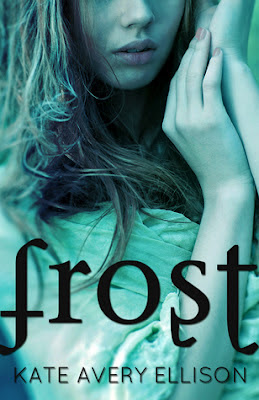 Synopsis
In the icy, monster-plagued world of the Frost, one wrong move and a person could end up dead—and Lia Weaver knows this better than anyone. After monsters kill her parents, she must keep the family farm running despite the freezing cold and threat of monster attacks or risk losing her siblings to reassignment by the village Elders. With dangers on all sides and failure just one wrong step away, she can’t afford to let her emotions lead her astray. So when her sister finds a fugitive bleeding to death in the forest—a young stranger named Gabe—Lia surprises herself and does the unthinkable.
She saves his life.
Giving shelter to the fugitive could get her in trouble. The Elders have always described the advanced society of people beyond the Frost, the “Farthers,” as ruthless and cruel. But Lia is startled to find that Gabe is empathetic and intelligent…and handsome. She might even be falling in love with him.
But time is running out. The monsters from the forest circle the farm at night. The village leader is starting to ask questions. Farther soldiers are searching for Gabe. Lia must locate a secret organization called the Thorns to help Gabe escape to safety, but every move she makes puts her in more danger.
Is compassion—and love—worth the risk?

* * * *
The Review
Frost. The word alone conjures up images of snow storms, icy winds, frozen water and barren, shrivelled up trees. Survival is not just a  word with three syllables; it’s a way of life. For Lia and the people of the Frost. But that’s not the worst part. Watchers prowl the forest surrounding the village during the darkest moments of the night and they attack. The only solace are the snow blossoms which somehow keep them away. Lately however, Watchers are evidently crossing the path of snow blossoms.

Living in the village of Iceliss is a day to day chore and to get the weekly supplies of salt, sugar and grain, all of the villagers contribute towards increasing the overall productivity. Lia’s family spin yarn and it has been difficult to meet the quota ever since their parents were killed by the merciless Watchers. With a crippled brother, John and a younger sister, Ivy, who likes to wander on her own; Lia now has to shoulder all the responsibility.

Lia fears for her and her siblings’ life every waking moment, unable to sleep at times because the Watchers might be close. Their farm is located at the outskirts of Iceliss, near the forest and the Watchers. So it doesn’t really help when Ivy insists on helping a wounded and dying Farther.

Farthers are the other enemies of the people of the Frost who live in the village of Aeralis, a far more advanced society than the Frost. But there the soldiers roam freely, killing the innocents mercilessly on the slightest of disobediences. Wrongly accused as a fugitive, the Farther Gabe, was rescued by a member of the Thorns. Thorns are a secret group who help the Farthers escape the wrath of the soldiers.

Will Lia’s family be caught or will Gabe escape safely? And what is it that Lia feels when Gabe is near that she doesn’t feel with Cole? Why does Adam Brewer seems to be staring at her hard forcing her to recognize something? Is Anna, her best friend and the daughter of the Mayor, hiding something? Lia is beginning to wonder what is real anymore.

Frost drew me in and I loved every second of it. I was pulled into the story from the first sentence. As a lover of winter, the world building of the Frost is done brilliantly by Kate. The secondary characters had depth and a story to tell of their own. I liked Gabe’s tenacious will and found Lia to be a very admirable character; strong-willed yet humble. I would highly recommend Frost to the readers of young adult dystopia.

“There could be no weakness here in the Frost, where we clung to life between the mountains as desperately as a drowning man clings to a stone.”

Kate Avery Ellison can be found at


The Giveaway
a Rafflecopter giveaway
Thanks to Kate Avery Ellison and ATOMR for providing me a copy of Frost for review.