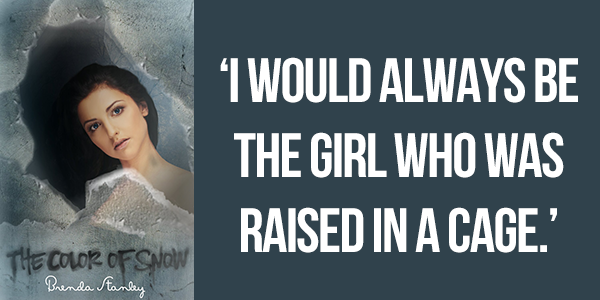 Can a troubled young girl reenter society after living in isolation?

When a beautiful 16-year-old girl named Sophie is found sequestered in a cage-like room in a rundown house in the desolate hills of Arbon Valley, Idaho, the entire community is shocked to learn she is the legendary Callidora–a baby girl who was kidnapped from her crib almost seventeen years ago and canonized in missing posters with portraits of what the fabled girl might resemble. Authorities soon learn that the cage was there to protect people from Sophie, because her biological father believes she is cursed.
Sophie is discovered after the man she knows as Papa, shoots and injures Damien, a young man who is trying to rescue her. Now, unsocialized and thrust into the world, and into a family she has never met, Sophie must decide whether she should accept her Papa’s claims that she is cursed and he was only trying to protect others, or trust the new people in her life who have their own agendas. Guided by a wise cousin, Sophie realizes that her most heartbreaking challenge is to decide if her love for Damien will destroy him like her Papa claims, or free her from past demons that haunt her mind.

‘It had snowed over five inches the day I was born, and it wasn’t until the day I was saved that the snow was as deep or as blue.’

When I began reading The Color of Snow it never occurred to me that the first line of the book will sound so beautiful at the end. It also never occurred to me that Brenda Stanley would overwhelm me to the point of feeling and empathizing with the characters as though they were real and breathing. That their happiness, their sorrow, their dreams will hum a tune I will recognize as my own.

The Color of Snow is longer than a typical contemporary book but it is different than any other book I have ever read. It reminded me that indeed, it is always darkest before dawn and that pain and suffering is not the end of the world. I was intrigued that despite being contemporary, how could it be that the mystery does not have any paranormal element in it. Needless to say, I ended up admiring the mystery part of the story.

Sophie has lived in isolation all her life because of the belief that people need to be protected from her. She doesn’t know why this needs to be but she understands it and had adjusted to her life. Sophie’s upbringing is done in a very unusual way with some very strange religious concepts. They do not have a mirror in their home for instance, because it takes away the focus from God to vanity. Luke Theotokis, her father, is rumoured to have kidnapped his own daughter from her mother’s home after she died during childbirth.

In all its entirety, The Color of Snow is paced perfectly and the alternating chapters of Brenda’s story, the events leading up to her birth (Luke’s story) and a part of Brenda’s younger version all blend together to form a very emotive and thought-provoking tale. I found myself thoroughly engrossed in the story Luke had to tell and what changed him from being an atheist to such a religious person. How Sophie adjusts to her life in her grandparents’ home and with Stephanie after her father is taken away to jail for attempted murder of Damien. And just how Damien entered Sophie’s life.

‘As I stood taking in the view like a rebirth, I couldn’t help but notice the snow. I marveled at how deep it was, how endless it seemed…and how blue.’ 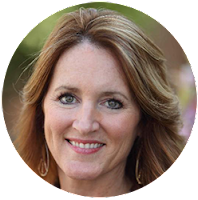 Brenda Stanley is the former news anchor at her NBC affiliate KPVI in Eastern Idaho. Her writing has been recognized by the Scripps Howard Foundation, the Hearst Journalism Awards, the Idaho Press Club and the Society for Professional Journalists. She is a graduate of Dixie College in St. George, Utah, and the University of Utah in Salt Lake City. Brenda lived for two years in Ballard, Utah, within the Fort Duchesne reservation where the novel is set. She and her husband live on a small ranch near the Snake River with their horses and dogs.