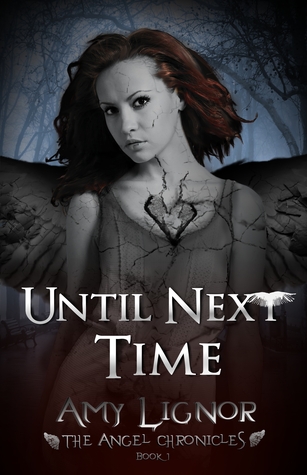 Synopsis
How does a girl choose between the one who steals her heart and the one who owns her soul?
Matt and Emily were created for a specific job. Raised and trained as the ultimate angel/warrior team, they are sent down to save, defend, judge and forgive, depending on the ‘life’ they’ve been assigned. What they don’t realize is that the power of human emotions, such as love, anger, passion and fear can take over even the best of souls, causing them to make mistakes and follow paths that lead to confusion and heartache.
When the reason for their training is finally revealed, the angel/warrior team find themselves thrust into a world they know nothing about. Matt takes over the life of Daniel, a young man with a great deal of baggage. Emily becomes Liz, a girl living in a remote village who relies on nothing more than her own strength to survive. A violent storm erupts one night, and framed in the window of Liz’s establishment is a frightening face. Let in by the soul of a Good Samaritan, the two visitors bring with them a past full of secrets that could literally change an angel’s path and a warrior’s plans.
From murder to redemption, this angel/warrior team must find a way to keep the faith they have in each other in a world that’s ripping them apart.
My Rating
* * * *
The Review
Until Next Time is unlike any other fantasy book I have ever read. It is a complex book that deals with human emotions which does become confusing at times. When I sat down to read Until Next Time, I never expected it to go so deep as it did and to make me wonder all that is about human nature and emotions. Amy Lignor has managed to write a story that is a mixture of everything and not solely focused on romance. Angels in Until Next Time do not merely visit earth, they live human lives to gather knowledge and seek understanding of humans.
Emily and Matt are soul mates up there who have a duty to live countless lives on earth to discern what really goes on in the minds of humans. Emily chooses to be an angel and Matt, a warrior. The story begins when Emily remembers their first ever lives on earth. As a human on earth, angels neither remember their lives up there nor do they remember their previous lives on earth so as not to be influenced by choices made in the past. This is why Emily reads from the book that holds the stories and the memories.
As they fall down there, Emily enters the human shell of Liz and Matt becomes Daniel. From then on the tragic and painful life Liz had lived becomes entwined with Emily and her emotions. Daniel, on the other hand, have to choose between the right and the wrong action which have the power to change the course of his life.
As both of them live their lives on earth, they visit up there and the four archangels Michael, Gabriel, Francis and Mark help them guide when they are confused. Emily goes through the process of falling in love with Jason and Matt falls for Angela. The other characters, Charles and Faith, also play important roles in the story. The scenes which tells about the angel Jason looks up to are beautiful and full of faith. Something that I can read again and again.
What I really liked was the way Amy Lignor dealt with what makes humans good or bad. I really liked these lines spoken by Gabriel: “loneliness—the one emotion that is entirely man-made. Humans created it—the mother who didn’t care; the father who struck his family; the schoolboy or girl whose first crush broke their heart, an addiction to drugs—loneliness drags people down and they forget they have someone to turn to. Without faith, they just settle for whoever will pretend to listen. If you don’t believe in anything, you feel abandoned.”
In all, Until Next Time is a chronicle of angels and the hardships they have to endure, the faith they might lose in the face of the true evil which weakens the human soul. The love which is the salvation for humans and how love is what matters in the end. After all, things are bound to get difficult with each passing life spent on earth.
Best Quote:

“That’s one of the facts that I learned from my time down there—the so called crazy ones—seem to know more about life than everyone else.”

Amy Lignor can be found at

Thanks to Tribute Books for providing me a copy of Until Next Time for review.