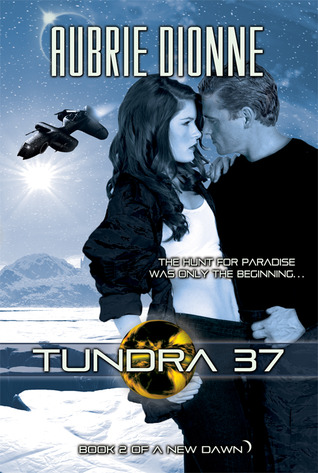 Synopsis
Gemme is a hi-tech matchmaker who pairs the next generation of Lifers aboard the Expedition, a deep space transport vessel destined for Paradise 18. When the identity of her lifemate pops up on her screen, she’s shocked that he’s the achingly gorgeous and highly sought after Lieutenant Miles Brentwood—a man oblivious to her existence. Believing everyone will think she contrived the match, she erases it from the computer’s memory.
Just as comets pummel the ship and destroy the pairing system forever.
With the Expedition disabled, the colonists must crash land on the barren ice world of Tundra 37 where Gemme is reassigned to an exploratory mission, led by Lieutenant Brentwood. Only in the frozen tundra does she understand the shape of his heart and why the computer has entwined their destinies.
My Rating
* * * *
The Review
It was simply an astoundingly melancholic and an unlikely emotional experience for me to read Tundra 37. So, to say that Tundra 37 is an unpredictable read would be an understatement. I didn’t expect the book to tug at my heartstrings. The book really made me appreciate the life on Earth more than anything else. All the loss and the madness that then ensues longing and deprivation is enough to make anyone lose their minds.
The story of Tundra 37 is not limited to the protagonists alone. The twin sisters aboard the Expedition, known as Seers, play an important role in the story as well. This is where the unpredictability kicks in. Without giving much away, the way the memories connected with the orb blew me away. The flashbacks to Old Earth painted a very vivid picture which made reading those scenes very engrossing.
Gemme, with her job as a Matchmaker, is a determined women and a true Lifer which is why she gives preference to predestination over choice and organization over chaos. But life certainly has entirely something else in store for her starting from her pairing with Brentwood, one of the Lieutenants on board the Expedition. Then she lands a job as an explorer from a matchmaker, talk about a makeover!
Brentwood, on the other hand, has his whole life laid out for him and has never expected more than that. So when something beyond their control happens, altering their course and the foundation of their mission, Brentwood is left to be the leader of his people.
But the question remains, is it enough to go through with what destiny seems to have chosen for them and not merely computers? From then on, Tundra 37 plunges into the heart of the ice on the planet making it a fast-paced book with never a dull moment in between. The life of the Seers still has me reeling in unbelief. I would highly recommend this book to lovers of science fiction and to everyone else simply because the book has a lot of elements of humanity and the value of human life.
Best Quote:

“The moment felt inevitable, each second pulsing forward to bring them here, at the edge of this world, at the beginning of their own.”